Remember the ‘S’: A Participant Testimony 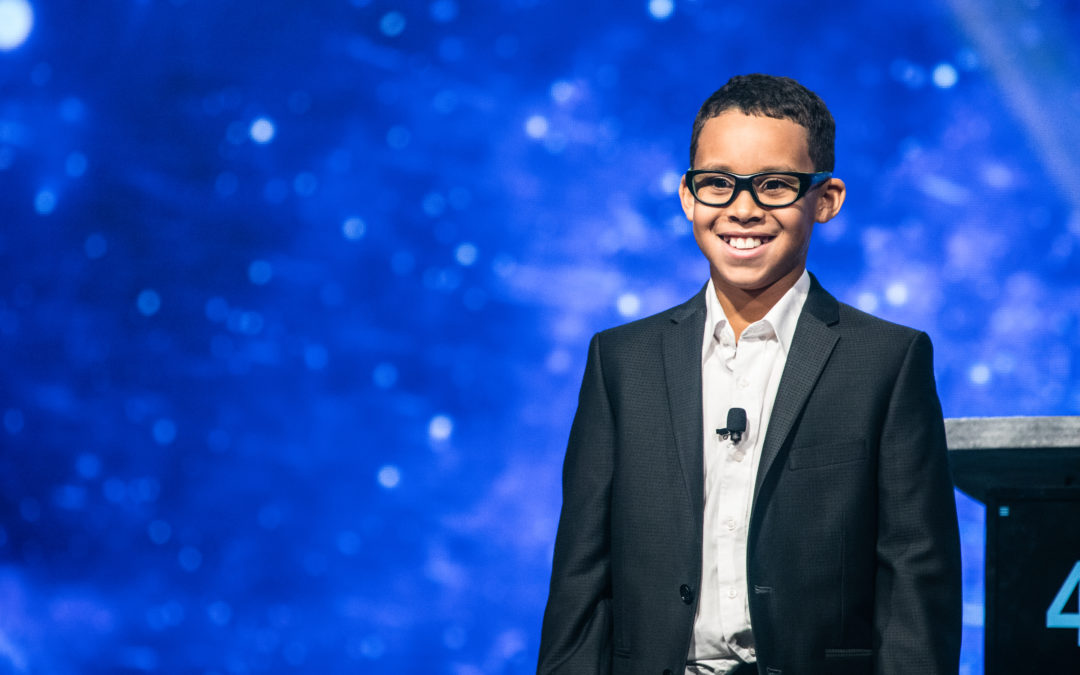 Elliott is ten years old and lives with his family in Texas. “I have 3 siblings. I am the first, my sister, Elizabeth was the second. She died in her sleep without any known illness in 2015 when she was just 2 ½ years old. I miss her very much. I have another sister, Eunice who was born later that year. Eunice will be 5 in July. I also have a baby brother, Enoch who will be born in May, 2020.” He enjoys playing tennis and has represented the USA both nationally and internationally. He is currently the top ranked for players born in 2010, and mostly competes with players who are a few years older than he is.

The following year, Elliott did study harder and was very motivated to make it to the NBBC primary semi-finals. “For the first time, and at 8 years old, I made it to the semifinals. But, I think I fell into the trap of thinking I had arrived. In the first round of [the NBBC primary] semi-finals, I added an “s” to a word and was disqualified. I was very disappointed and I could not believe what happened. I knew the verse, but could not believe I added an “s”. But I now believe God allowed it to happen to humble me and I am very grateful to God for the lessons I learned through that experience. Since the NBBC was at San Antonio that year, my dad would remind me of the lesson as “Remember the “s”, just like “Remember the Alamo”, so that I don’t have a big head.”

The 2019 NBB year came, and Elliott’s parents helped him to make sure to quote his verses precisely, and kept reminding him of the “s”. That year, he made it to the NBBC primary semi-finals, and not only did he advance to the NBBC primary finals, but he won first place! Although winning first place meant a lot to Elliott, that wasn’t the most important part for Elliott. “I feel that the winning part was not the most important thing to me. Proclaiming God’s word and worshiping Him is why I was created. Studying and applying God’s word is fun. It is not easy, but “cast your cares on the Lord, and he will sustain you. “Psalm 55:22. I felt like throughout the National Bible Bee, my relationship with God has grown tremendously. Winning the National Bible Bee Competition meant so much to me, you could see it on my face, but what meant even more to me is memorizing, applying, and studying the word of God.”

For Elliott, studying for the NBB was a part of everyday life. Being homeschooled, he was able to use a schedule his parents made for him that incorporated his study as well as other obligations. In the morning, he would have his quiet time, memorize a few of his passages and then do his school work. Later he would practice tennis for a few hours, and after tennis, he would finish studying before going to bed. “The order for me is Jesus first, then school, then tennis”. For the last couple weeks before the NBBC, his schedule changed to almost completely studying for the NBBC. “My tennis coach was not happy with me and felt my time away from the sport and competition would ruin my game and affect my ranking. But I told him that even though I could lose my top ranking, [National] Bible Bee was an eternal investment and I was focused and determined on doing [National] Bible Bee regardless.”

Through the NBB, Elliott has learned to study the Bible inductively, how to do research, and how to memorize God’s word. “[National] Bible Bee is an eternal investment. But it is also a lot of hard work. Trust in the Lord and do your best to the glory of God whether you win or not. There will be disappointments along the way, but never ever give up. If by God’s grace you do win, remember the ‘s’”.