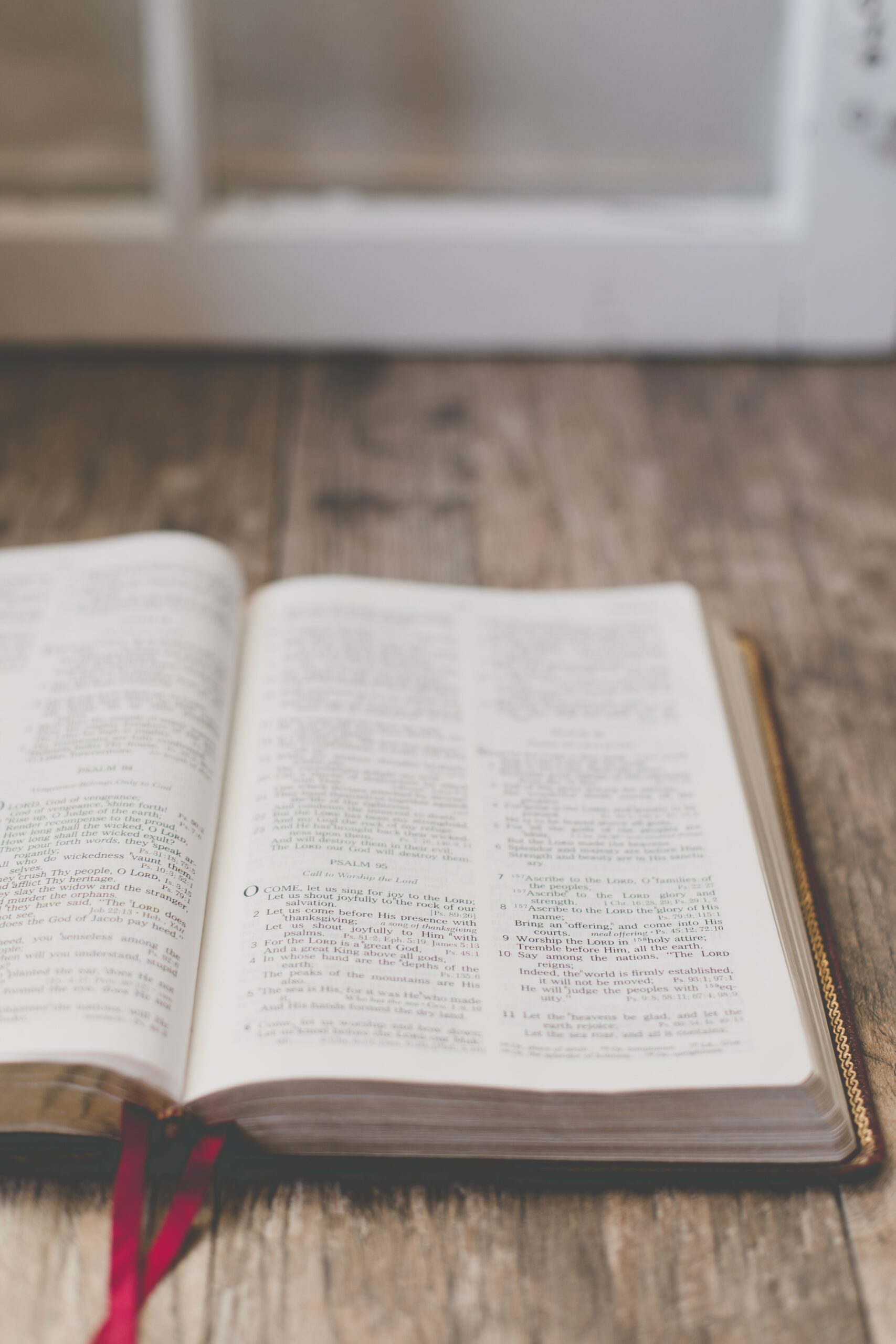 Rewards from a Summer of Scripture: An Alumni Testimony

I can’t think of any good excuses not to do the National Bible Bee. Over four years of competing, I’ve learned many things. One by one God used each excuse I made and struggle I encountered to teach me and grow me in ways I didn’t expect. Looking back, I can see that, but at the time the last thing on my mind was usually the thing God was using to teach me.

When I first heard of the National Bible Bee, I thought: Oh, I could never do that! I’m not smart enough. I have a very average brain. I don’t have a photographic memory. I’ve only ever memorized six verses at a time before, so sixty is out of the question. And almost a thousand? That’s impossible!

Still, I decided to join friends and do the Summer Study for fun in 2017. I printed my verse cards and dutifully began working on Colossians 1:16. Finally, three days later, I could recite it perfectly.

That summer I loved the Discovery Journal and our weekly meetings, but I struggled with memorizing. I was shocked when, by God’s grace, I qualified for the National Bible Bee Competition (NBBC). Thrilling! Then I remembered that now I had another 950+ verses to memorize and a book of the Bible to study, without a study guide this time. I felt even more bewildered and overwhelmed than I had been at first.

My family, especially my mother, encouraged me through countless moments when I wanted to quit and had convinced myself I couldn’t do it. I kept thinking: This is impossible! There were way too many verses. I had no idea what I was doing.

I started working on one memory passage at a time and decided to challenge myself to see how many of them I could memorize. Two weeks before the NBBC I memorized the last one! Over time, and with much practice, my memorizing “muscles” had become stronger and I could do more verses per day. I also discovered I could apply the study skills I learned during the Summer Study on my own.

By the end of 2017, I was able to memorize over twenty-five verses a day on good days, and I’d learned how to study God’s word. These are skills I will be forever grateful for! Throughout 2017 I learned that I can study and memorize – it’s difficult, and I felt insufficient, but God is faithful to help those who seek Him. Everyone can memorize something, and God gives us grace and strength to persevere when we ask Him.

“And this is the confidence that we have in him, that, if we ask any thing according to his will, he heareth us: And if we know that he hear us, whatsoever we ask, we know that we have the petitions that we desired of him.” – 1 John 5:14-15

I studied hard and memorized everything, aiming to rank high. I figured out how to study cross-references; I memorized the study passage; I took every practice test I could find. The Summer Study went very well, and I placed quite high on the Qualifying Test. When I found out, I was beyond excited!

I studied patiently and diligently that fall. At the NBBC, I thought the test went pretty well. Unfortunately, I made several unexpected mistakes during the Oral round in passages I knew well. Even though I knew I’d score lower than I hoped, I was completely unprepared to find out I’d ranked twenty places lower than I thought I would. I was crushed!

As I struggled with my ranking and eventually accepted it, this quote haunted me:

It was, to put it mildly, disappointing! But I began to see my focus had shifted to competing, doing well, ranking high, and being one of “those” contestants other people went to for advice and tips. In the following months, I saw that even though I had memorized and studied with all the wrong motives, God was still using His Word in my life. It took an unpleasant lesson for me to recognize it, but He was faithful, and even in disappointment, He was good.

“For the moment all discipline seems painful rather than pleasant, but later it yields the peaceful fruit of righteousness to those who have been trained by it.”  – Hebrews 12:11

After that, I wasn’t sure if I should participate again.

I realized that even though I allowed it to sidetrack me, the competition did provide accountability and deadlines that helped me do much more than I ever thought I could. The fellowship with and assistance of other contestants provided much encouragement. I’d enjoyed and benefited from the study and the competition so much I decided to do it again, but differently. In 2019, I prayed that I would learn and be changed by what I learned; rather than ranking well.

Throughout the Summer Study, I spent a lot of time doing “extra” study on my own. My studies shaped my perspective profoundly and I fell in love with the passages I was studying.

During the Nationals study, I enjoyed parts of it, but I was disappointed that it didn’t impact me in the same way the Summer Study had.

It wasn’t until months after Nationals that I began to realize that no matter what my emotions were about the study, I was still memorizing Truth. God was using it, just not in ways that I saw at the time.

God taught me that I needed to be committed to seeking Him and spending time in the Word, regardless of how I felt. In doing so, God used the Scriptures to slowly change my heart in a few different areas, and teach me the value of spiritual self-discipline. Many months later, some of the verses I’d memorized during this time came back to me and impacted me afresh. God answered my prayers to understand and love those passages, just not in my timeline.

“And let us not be weary in well doing: for in due season we shall reap, if we faint not.” – Galatians 6:9

I started my last year, 2020, excited and a little sad. The past few years had meant so much to me, and it was bittersweet to be doing it for the last time. Pretty quickly, a lot of other things came into my life, and I was super busy. It was difficult because I’d wanted to immerse myself completely in the study, and I wasn’t able to. Even the little I did get to study helped me understand the passage better, and renewed my awe of the gift of salvation. The new, mostly virtual competition format also provided its share of challenges and disappointments. Fellowshipping with other contestants was always a huge motivation for me, and not being able to see friends at the NBBC was hard. Since then, I’ve become involved in the National Bible Bee in different ways, and have been so blessed by this community. I strongly recommend everyone to find someone to study with, pray with, and encourage – it is so beneficial and will encourage you more than you realize.

I learned that every little bit of time counts! The spare moments here and there, invested into something of eternal value, are far more powerful than I realized. Being able to devote that amount of time to the Word truly was a brief season in life. It is unlikely that I’ll ever be able to spend hundreds of hours studying the Word again, but I will never regret that time. The habits and study skills I learned through it will continue to serve me well for the rest of my life.

“More to be desired are they [the words of God] than gold, yea, than much fine gold: sweeter also than honey and the honeycomb. Moreover by them is thy servant warned: and in keeping of them there is great reward.” – Psalm 19:10-11 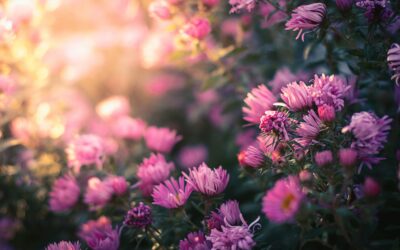 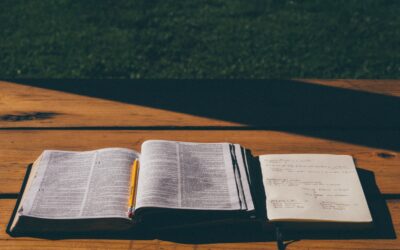 Janese Hurst is a former National Bible Bee (NBB) contestant who hails from Pennsylvania, and she is now on the 2022 Alumni Service Team. Here’s a few quick facts to get to know her better. Quick Facts Age: 19Home State: Pennsylvania (Where she lives has some... 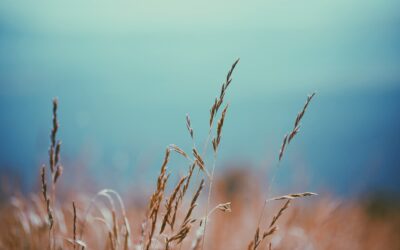