Cultivating a Love for Scripture 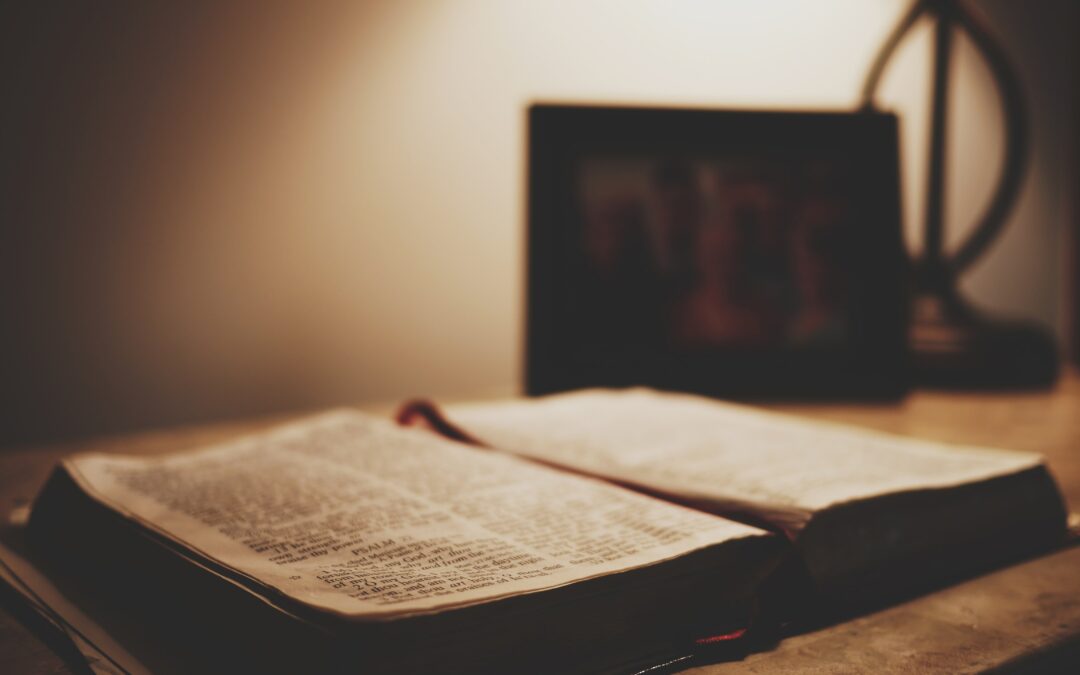 Do you love the Word of God?

I’m not asking whether you love National Bible Bee, memorizing passages, or even studying Scripture; these are possible expressions of love, but the truth is almost anyone can enjoy these activities, especially if he or she has ulterior motives. I should know; I often study the Bible out of pride, believing that knowing more Scriptures than others will garner respect or acceptance. However, what I’ve come to realize is that this hypocritical attitude robs me of truly experiencing joy in the Word for its own sake. And I know such joy is possible because I’ve witnessed it firsthand in my brother, Karsten.

When Karsten was diagnosed with cancer nearly four years ago, his love for the Word blossomed into an incredible energy that illuminated every aspect of his being, the most overt manifestation being a thirst for God’s presence. Many times after searching for him, I’d find Karsten in his room, reading Scripture or a commentary he’d received for his birthday. I’d try to coax him downstairs, asking if he wanted to play a game or watch television; his response would usually be “in a little bit”, not because he didn’t want to spend time with me, but because he jealously guarded his quiet time with God, so much so that he wouldn’t let anyone else intrude on it. When he wasn’t reading, he’d often listen to sermons, redeeming the time on long car rides or while doing dishes with the voices of godly men expounding the Word. And in those moments, God honored these choices by filling Karsten’s mind with more of Himself.

Karsten’s love for Scripture didn’t end with head knowledge, however; his heart overflowed with everything God was teaching him, and he excitedly shared those truths with those around him. He’d often ask my parents and me if we’d like to hear a piece of a sermon he was listening to, or whether he could hook his MP3 up to the car speakers so we could all listen together. My dad’s devotions became strong theological discussions as Karsten expanded dad’s points (or raised counterpoints), carefully considering throughout the conversation which views were doctrinally correct. In the daily course of life, Karsten encouraged me to be mindful of Christian songs that contained unbiblical messages and gently reminded me when something I was attracted to in pop culture contradicted God’s Word. Whatever the situation, Karsten always seemed to be soberly comparing the ideas and situations he confronted to the Truth, and he immediately raised concerns when they fell short. To him, Scripture truly was alive, so how could he not encourage others to heed the Living Word as well?

Immersing himself in Scripture didn’t just change Karsten’s conversations though; it transformed who he was. Despite having every reason to be grumpy, Karsten remained joyful even in the midst of painful chemo treatments, and when he was irritable (usually when the pain was far more than he’d let on), he always apologized quickly for his behavior. He loved others, especially the isolated members of our church family; several times after coming home from service, he’d say, “Hey, I was talking to so-and-so, and we had a really good conversation!”, to which Mom would answer, “We have a small church; how is it I have no idea who you’re talking about?”

But perhaps the deepest change God wrought in Karsten was a deep awareness of his own sin, and with that a magnificent awe of Christ’s grace. In poems of devotion, Karsten expressed his faith in God’s omnipotence, believing that even his cancer was a means by which God was drawing him close and purifying his soul. Whenever someone commended him for being mature, Karsten humbly replied that it was God’s work in him, not his own strength. Whenever my mom asked why God allowed him to be sick, Karsten’s default answer became, “How can you say this is a bad thing? Haven’t you seen how He’s changed me?” And when the end came this past May, and he knew he had few days left to live, he faithfully declared, “Better days of pain and discomfort and honoring the Lord than days of happiness and dishonor to the Lord”.

Karsten’s commitment to Scripture wasn’t a ritual or a checklist he finished in order to gain a reward; his love flowed out of a redeemed existence, touching those around him as it transformed him from the inside out. That’s not to say that the choice was always easy, or that he loved God perfectly. But from his example, I now understand what true love is; it’s choosing God above all else, delighting in His presence so much that being with Him not only surpasses every other endeavor but also changes the believer into the image of the One he loves so much. And if that’s true, then it may very well be that “Do you love the Word of God?” will be one of the most important questions you answer, because it reveals how much you love being with God Himself.