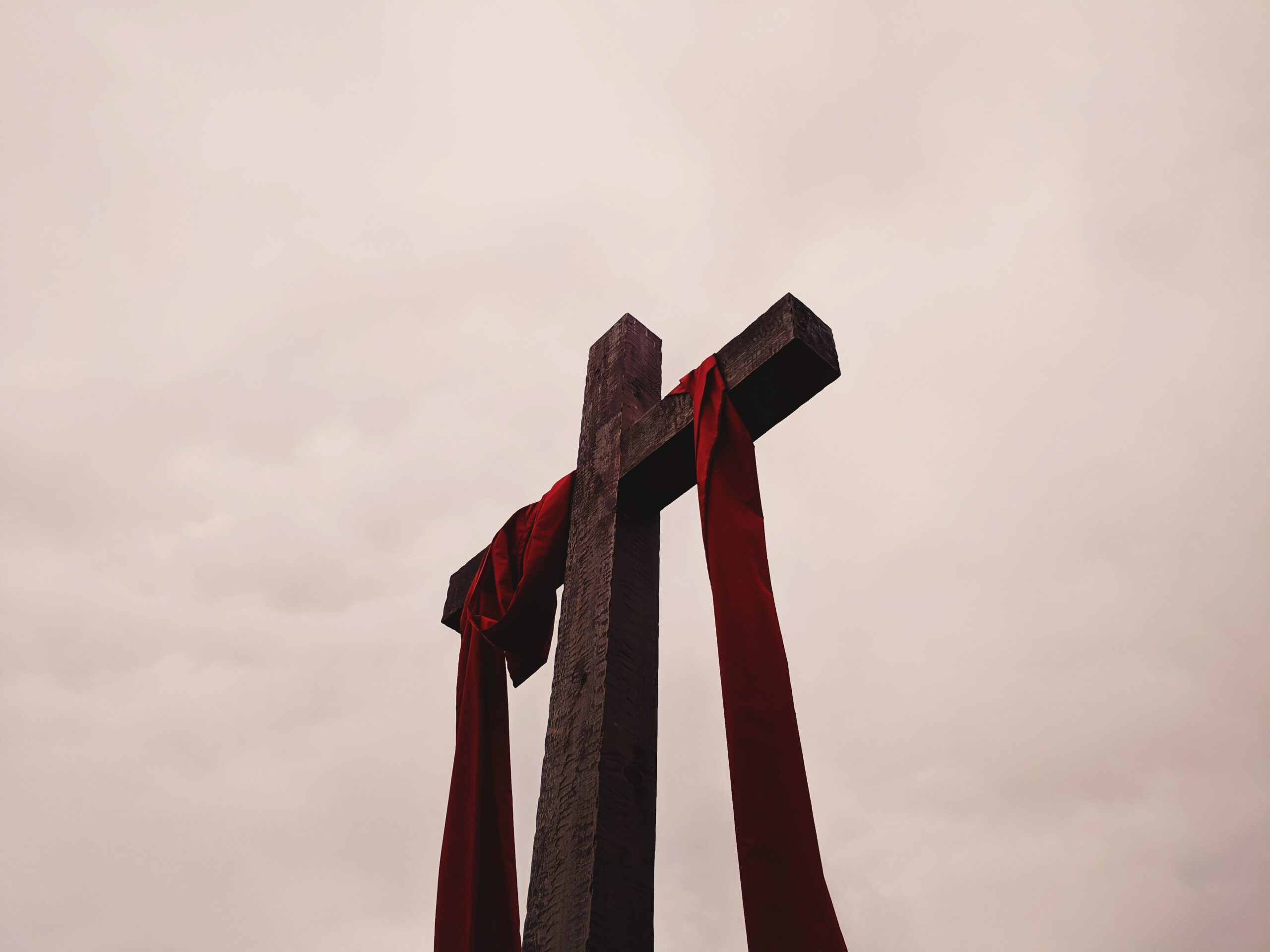 The book of Ruth is a vivid picture of redeeming love for those who can’t redeem themselves. It allows us to admire the grand plan of salvation — Christ sacrificing to redeem His church. It captivates us by picturing God’s powerful love for the church and the glorious way He provides a bride for His Son.

But the beautiful thing is that at the same time this book shows us how God deals with us individually. It follows a very real story of ordinary people, whose loss, loyalty, and personal redemption drive the storyline of Ruth from beginning to end. To a Christian, the book of Ruth is a picture of his or her personal redemption from sin and death. As we see a beautiful story of redemption played out, we understand and appreciate our own redemption in a new way.

I’ve seen this more clearly while going over the book of Ruth. As I make study materials for friends and take notes, I understand how Ruth’s story of redemption mirrors the way my Lord has redeemed me. My testimony is very precious to me as an evidence of my Lord’s redemptive power and love, but so is each testimony to His grace. I hope that as you read, study, and memorize the book of Ruth, your testimony of redemption will become even more precious to you, as well — all to the glory and exalting of His wonderful name.

I don’t know when the Lord first began His redemptive work in my heart. I do know that He quickly began teaching me that there was no satisfaction and peace anywhere but in Him. I wanted to believe that once things went the way I wanted…once I achieved this or that…then I would be satisfied. Of course, the promised joy from these things never came. And through circumstances that were painful at the time, God made me disappointed in the things I thought would fulfill me. He made me disappointed in my own attempts to please Him. My self-love and self-satisfaction got shown up time and time again for what they were — empty. It was uncomfortable and frustrating, but in our Father’s eyes it was necessary and good.

I think of how in the book of Ruth, Naomi was brought home from Moab empty. She branded herself with the name “bitter”. Yet it that was very emptiness which the Lord would use to fill her beyond her wildest dreams. In fact, her complete disappointment in what she had believed Moab could provide (security, food, happiness) was a necessary part of the redemption to come. If Moab had never let her down, I wonder whether she would have ever returned to Israel.

But while the Lord was emptying me of the things I trusted in, I often complained: “Why is this being taken away from me? “Am I really this bad? Why can’t I just get rid of my guilty feelings already?”. One day, after reading 1 John in my devotions and thinking about the descriptions of a child of God, I realized that I had no idea if this was me or not. Miserable, I talked to my parents, and then to my grandparents about this. With them, it was back to God’s Word, going over the great promises of the Savior, the marks of a Christian, the power of Christ’s blood, the work of the Spirit…truths that are clear and glorious, truths that have made their stamp on every blood-bought child of God.

I would never have sought God on my own or longed for His redemption. It was the Lord who taught me my need for Him and showed me that He is gracious. Doesn’t this parallel the way that Boaz showed kindness to Ruth? Before she ever asked for redemption from him, he had noticed her, told her not to go gleaning in any other field, and had surprised her with his abundant gifts. Without this, she never would have been encouraged to plead for the redemption she and Naomi desperately needed.

“How precious is your lovingkindness, oh God, therefore the children of men put their trust under the shadow of Your wings” (Ps. 36:7). And so the Lord redeemed me. Like Ruth lay down at Boaz’s feet, I learned to plead at the Lord’s throne for the redemption that had now become the most necessary thing to me. And He did for me what He does for every soul that pleads with Him — He answered with mercies so abundant I couldn’t hold them all. I had prayed, “Make me restless until I find my rest in You”, but little did I know what sweet rest there is in Jesus! I had told myself that I would give anything to know that I really was redeemed and to have true Christian joy, but little did I know the mercy that is with the Lord — that He delights in redemption and the joy He gives can’t be taken away. I still know so little. But because of His mercy, I’ve come to know the Lord Jesus as Elder Brother, Captain of my salvation, greatest Friend, and strong Redeemer.

Boaz could only redeem one, but Christ redeems all who come to Him. The effects of Boaz’s redemption continued for years after that day at the gate, but the benefits of Christ’s redemption will keep multiplying forever. Christ is a strong and merciful Redeemer for each one of His people individually, and this redemption of His church is ultimately the whole point of the book of Ruth. He’s been infinitely merciful and faithful to my soul in His redemption of me, and praise the Lord — this is the mercy He shows to all His people, for all eternity. 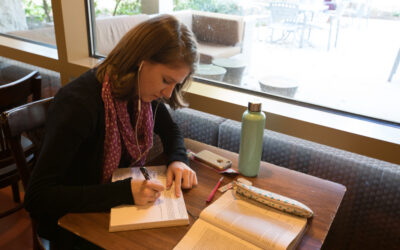 The One Thing That Will Last

It’s that time of year when hundreds of young people around the country are preparing for the National Bible Bee Competition (NBBC). Though I’m writing from “the other side of the fence” so to speak, I know precisely what it’s like to invest one’s summer and fall in... 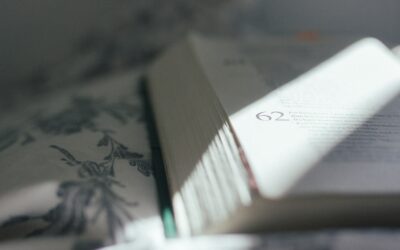 How to do Word Studies in Scripture

In this blog post, we'll be hearing from four Senior qualifiers of this year's National Bible Bee Competition (NBBC). Anna Northcutt, Grace Fetterhoff, Rachael English and Annelisa Stephen will be sharing with us their personal advice from their experience doing word... 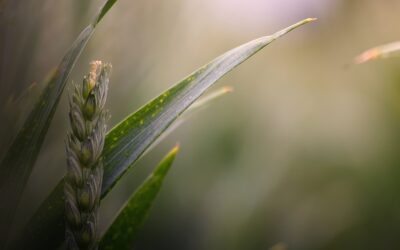 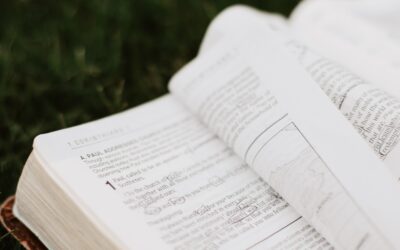 Applying Discovery Journal Tools to your Own Study: Cross-References

Maybe you would like to do your own study after participating in the Summer Study, or maybe you are studying on your own for the National Bible Bee Competition. But for whatever reason you are studying, I wanted to make this post to help you study the Bible more...